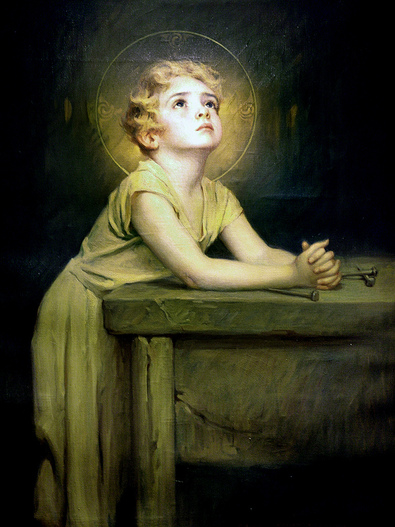 To be thankful is an outward expression of our inner feelings.  We are known by the fruits we bear; therefore, if we possess a thankful heart, it will be
known. Why is it so important for us to be thankful?  Paul said in 1 Thessalonians 5:18, “In everything give thanks: for this is the will of God in Christ Jesus concerning you".  That is pretty powerful.  Paul said that “this is the will of God.” How many times do we hear this in and out of our churches?  Frequently, we hear the statement, “I want to do the will of God.”

What is the first and foremost blessing for which to be thankful?  We should be thankful, first of all, to Christ for the gift He gave to us so that we may have a chance to live.  By His death, He gave us a choice to live or to die.  “For by grace are ye saved through faith; and that not of yourselves: it is the gift of God” (Ephesians 2:8).  How often do we thank Him for the Cross?  Do we ever – or is it  something that we take for granted?  Is it because we are so good that He owed that to us?  On the contrary – He owes us absolutely nothing, but we owe Him everything.  Furthermore, we should not just thank God for the good things in our lives, but we are to thank Him continuously for everything: “Giving thanks always for all things unto God and the Father in the name of our Lord Jesus Christ” (5:20).

Thankfulness should be a part of our everyday lives. Christ always gave thanks before He broke bread.  Sometimes, when we hear someone praying and giving thanks for the food He has provided for us, it seems as though the


prayer has a ritualistic and repetitious sound to it.  When we pray, are we really giving thanks to God for what He has so wondrously provided for us, or are we speaking words with no effect?

As we aspire to have a thankful heart, we need only to stop and think about what we have and what a blessed people we truly are. It should make all of us want to fall on our knees before Him.

“And it came to pass, as he went to Jerusalem, that he passed through the midst of Samaria and Galilee.  And as he entered into a certain village, there met him ten men that were lepers, which stood afar off:  And they lifted up their voices, and said, Jesus, Master, have mercy on us.
And when he saw them, he said unto them, Go show yourselves unto the priests.  And it came to pass, that, as they went, they were cleansed.
And one of them, when he saw that he was healed, turned back, and with a loud voice glorified God, And fell down on his face at his feet, giving him
thanks: and he was a Samaritan.  And Jesus answering said, Were there not ten cleansed?  But where are the nine?  There are not found that returned to give glory to God, save this stranger, and he said unto him, Arise, go thy way: thy faith hath made thee whole” (Luke 17:11-19).

These ten were pleading and wanting something from God.  Does this story sound familiar?  When we want something from God, we are
very quick to acknowledge Him, but after He comes through for us, do we continue to acknowledge Him?  The nine who did not return simply took for granted their healing and went on their way.  One might say that this was back then – times have changed – this would not happen today.
It happens all of the time.  All we need to do is take inventory, and we will realize that some of us could possibly be in that number that does not return.  It takes more than just a ritualistic “thank you” from the lips. The only one of the ten that came back, thanked Him with a loud voice,
glorified God, fell down on his face at His feet, and gave thanks was the least likely to say “thank you” in the eyes of the Jews, who followed the letter of the law.

Sometimes, the people who proclaim to be righteous are the ones who are actually lacking in the will of God.  The Samaritan was considered a “nobody” by Jewish standards.  Samaria was the region of the historical northern kingdom of Israel. The Jews hated Samaritans because they were a race formed through interracial marriage, and they worshiped differently from the Jews. Their Bible (Torah) was the first five books of the Old Testament; they did not acknowledge the rest of the Old Testament at
all.

Christ told us about the Samaritan for a specific reason.  The Samaritan could be compared with anyone who is different from us. It could be someone below our standards as a Christian.  However, Christ sees and thinks differently from how we see and think.  He definitely told us that this man was a Samaritan, not by chance but for a specific purpose.  This presents another lesson to be learned: this could be an alcoholic, prostitute, minority, or someone who is poor.  No matter what one’s background or who he is, he can be saved.  Are we as Christians like the religious Jews of that
time?

Giving Christ thanks has great meaning and purpose to Him, for it is a display of who we really are. Do we like to be thanked for something we have done or a gift we have given?  We are made in the image of Christ and are no different from Him in that aspect.  We enjoy being thanked for doing something good.  It makes us feel pleased with ourselves.  Just a simple, kind word encourages us to do good in any way that we can.

Christ needs no encouragement to do good, for no bad is in Him; however, it is His will for us to give Him thanks.  He expressed this when He asked, “Were there not ten?”  It was His will for all ten to return and give thanks unto Him.  It always makes Him feel good to know that we acknowledge Him in everything.  Let us be as the one who returned to give thanks unto Him.

Study your Bible so you will not be deceived. Many preachers and teachers are deceiving you! Many will not tell you the truth - we will.